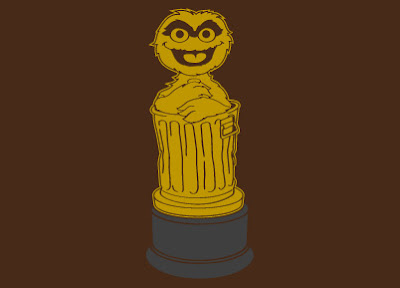 Ah, Hollywood. My favorite hideous bitch goddess. There are few institutions I love and hate with equal fervor as do with the Dream Factory. And Oscar night let's both sides shine.

I can't really comment on what films are deserving of a nomination this year as I only saw a handful of '10 movies, with Toy Story 3 being the only Oscar contender among them. So I'll leave the speculating to the experts.

Last year's pairing of Steve Martin and Alec Baldwin as tandem hosts was great. Anne Hathaway and James Franco have some mighty big shoes to fill. But even if they aren't as funny, well, I can always gaze upon Hathaway's big, beautiful eyes. That's good enough for me.

So join me in the comments section here and we can rag on the self-important speeches, the back-patting, and the opulence. Share your thoughts on the big winners and even bigger losers. Revel in the nipple slips and the people being cut off by the band. In other words, let's knock them down a peg!

(I'm also going to be following along with Doug Benson's live tweeting and the goings-on at the A.V. Club.)
Posted by Micah at 7:48 PM 77 comments: 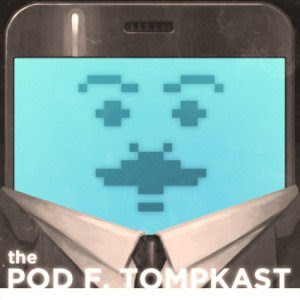 I don't see as many movies these days. I still listen to a lot of music, but not as much as in my trendsetting days. It seems there is one entertainment medium that has been increasingly dominating my free time (and work time, for that matter): podcasts.

While still in its relative infancy, podcastdom has grown by leaps and bounds over the past few years. There is a show for pretty much any interest. While there are many podcasters still stuck in amateur hour, there are a slew that have carved out niches and set the standard.

My daily/weekly/monthly/sporadic favorites are still chugging along - Doug Loves Movies, Filmspotting, The Adam Carolla Show, and Comedy Death-Ray, to name just a handful - these are the best podcasts that debuted in 2010:


The Pod F. Tompkast: It's nighttime on the internet and once a month (and sometimes here and there in between) stand up comedian extraordinaire Paul F. Tompkins puts out this hilarious hour long show. Each episode contains some of his riffing, an excerpt from his monthly stage show, a phone conversation with fellow comedian Jen Kirkman, and an ongoing story featuring his hilarious impressions of Ice-T, John C. Reilly, Dame Sir Andrew Lloyd Webber, John Lithgow, the Cake Boss, and others. It really is the highlight of my podcast month.

The Sporkful: Two guys and occasionally a guest go into the minutiae of the preparation and consumption of everyday foods. This is not your high-falootin' foodie father's podcast.

This Week with Larry Miller: Larry Miller has long been one of my favorite comedians and his 30-45 minutes of stream of conscious rambling each week amount to a good helping of audio comfort food. I like to listen to this on the commute home from work.

Culturetopia: This used to be a weekly compilation of stories from NPR - well, it still is that - but it's been retooled to add a second weekly episode featuring a pop culture round table. I find panelist Glen Weldon nigh-intolerable, but can overcome my dislike of him because I enjoy listening to the other people on the show so much.

The Nerdist: '90s MTV darling Chris Hardwick and a couple of his pals descend into the depths of geekery with a special nerdy guest. They've also recently added a non-guest (or "hostful") chat each week, too.

Who Charted?: Howard Kremer (aka Dragon Boy Suede), Kulap, and a comedian guest dissect the weekly music, movie, and other charts. Simultaneously, it confirms my bewilderment regarding what the kids listen to and watch these days. Get off my lawn! (This wins my award for Best Podcast Name.)
Posted by Micah at 3:40 PM No comments: 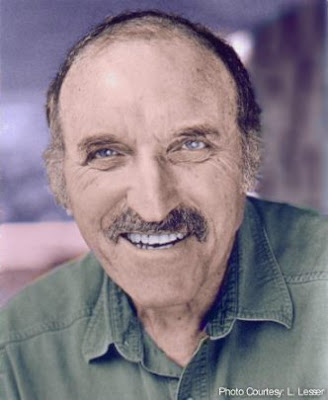 "Hello!" Uncle Leo was always one of my favorite secondary "Seinfeld" characters. He's not really dead if we find a way to remember him.
Posted by Micah at 1:49 PM No comments:

Too early for flapjacks? 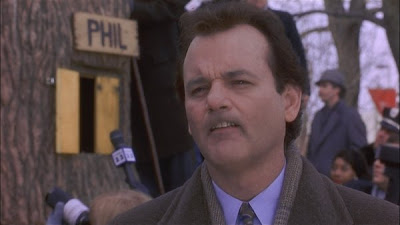 When Chekhov saw the long winter, he saw a winter bleak and dark and bereft of hope. Yet we know that winter is just another step in the cycle of life. But standing here among the people of Punxsutawney and basking in the warmth of their hearths and hearts, I couldn't imagine a better fate than a long and lustrous winter.

As much as I love winter, I'm ready for some spring. An actual, breezy, full spring. None of this summer-in-April crap we usually get. Make it happen, Punxsutawney Phil. Happy Groundhog Day!
Posted by Micah at 7:59 AM No comments: