Why I love Halloween Part IV

Giving thanks for the one day a year that otherwise non-slutty women are given a license to dress like prostitutes is becoming a Micah World tradition.

Credit due for the last link: SBN1
Posted by Micah at 12:09 PM No comments:

Need a little reading for your All Hallows Eve workday? Well, here are some spooktacular links to get you through the day:


In The Know: Has Halloween Become Overcommercialized?

"You know, last Halloween I asked my nephew, 'Do you know why you wear a costume?' And he said, 'To have fun and get candy.' He didn't even know that it was to protect his virgin spirit from the wretched dead that roam the Earth one night a year to steal souls." Ha ha!

This probably one of the funniest videos that the Onion's ever put out.
Posted by Micah at 9:01 AM 1 comment: 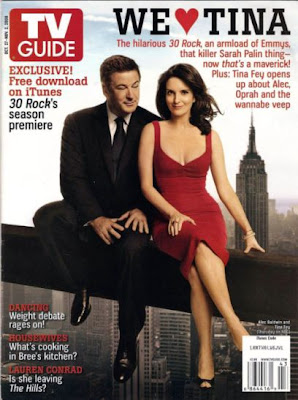 Liz tries to stop the staff from ruining her chances at adopting a child when an adoption agent makes a visit to the set; Jack returns from D.C. with a plan to reclaim his position from Devin Banks.

Discuss.
Posted by Micah at 1:54 PM No comments: 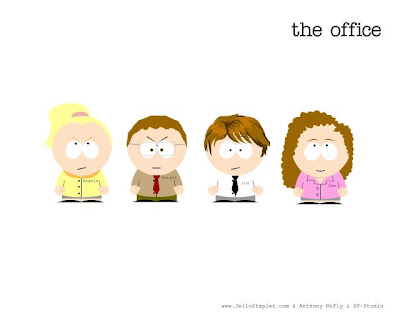 Holly and Michael take a long trip to Nashua after they get some shocking news from corporate. 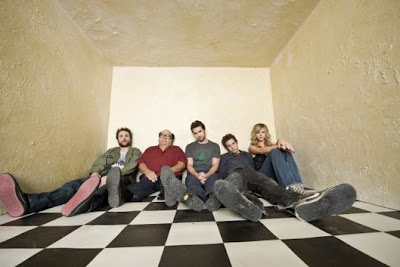 Tonight's new episode of "It's Always Sunny in Philadelphia": "Sweet Dee Has a Heart Attack"

After Dee suffers a heart attack, she and Dennis try to live a healthier lifestyle. Meanwhile, Charlie and Mac take corporate jobs to get health insurance. 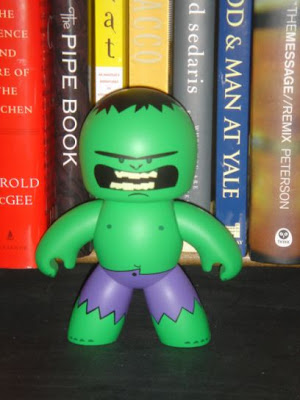 Maybe I was just in a Hulk mood, having watched the movie again this weekend, but I figured that Cap and Indy could use some company. Because I'm positive that they come alive when I leave work each evening.
Posted by Micah at 11:34 AM 8 comments: 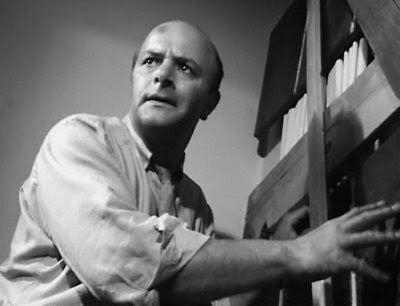 The fine folks over at PopMatters are doing a week-long series of articles and essays (30 of them!) to commemorate the milestone.
Posted by Micah at 10:37 AM No comments: 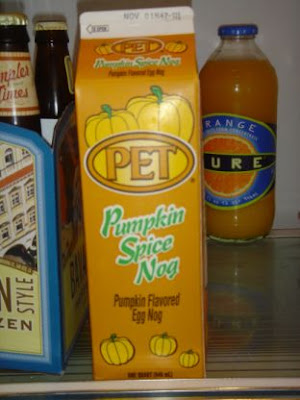 Browsing the latest offerings at my local grocer's dairy aisle this weekend, I came across a beverage that filled me with more giddy hope than an Obama fan singing "Tomorrow" from Annie: PET Pumpkin Spice Egg Nog.

I first tasted it spiked with rum, courtesy of my brother. It wasn't bad. Not bad at all. It was quite good, in fact, though not quite the revelation that I thought it'd be*. But it was spicy enough to enhance my enjoyment of this wonderful season and the hooch provided enough of a numbing factor to console me after Ohio State's devastating loss to Penn State.

Last night I tried it sans alcohol and it still held up rather well. With the possible exception of Tara Reid, everything's better with booze added to it, though, so that's how I'd recommend the drink be served. Bourbon and rum are the traditional favorites for spiking, but why not get creative? Add it to some Goldschläger and make Pumpkin Shooters. Or mix it with a healthy dose of Baileys, which will all but guarantee that you will need to add a spoon to the equation.

Out of all the nogs that I've ever consumed in my life, this easily ranks in the Top 20, maybe even the Top 15. I'll have to consult my nog tasting journal and get back to you.

*Like how everyone will feel about a certain Presidential candidate in a year or two?
Posted by Micah at 12:19 PM 11 comments:

Song to get you through the weekend: "Step Into My Office, Baby" by Belle & Sebastian

This song's been stuck in my head for a while. For the record, I've never "worked overtime" at my current job.
Posted by Micah at 10:40 AM 2 comments:

Crush of the Week: Mila Kunis 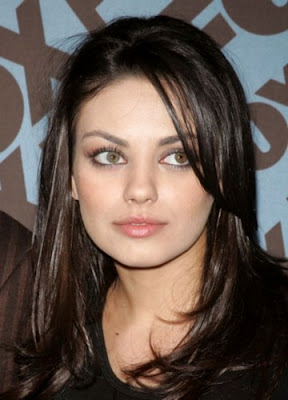 I always thought she was cute, but she's absolutely radiant (and funny) in Forgetting Sarah Marshall. "Dracula musical!"
Posted by Micah at 11:57 AM 6 comments: 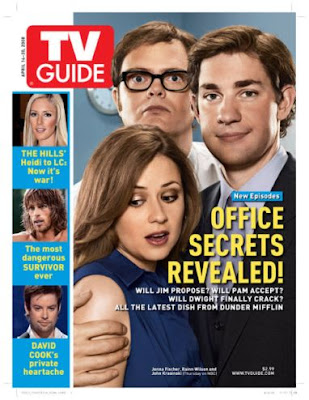 After the office gets robbed, Michael decides to hold an auction to raise money for all the items lost.

Discuss.
Posted by Micah at 3:06 PM No comments:

The epitome of "suitable for framing" 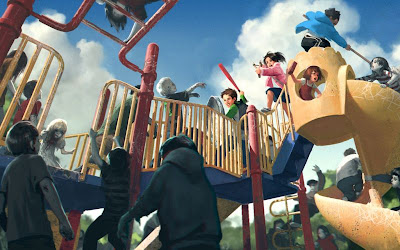 Kids fighting zombie kids! Do you not see the awesomeness here? I want this to hang above my mantle!

This is one of those bizarre, wonderful things one just randomly happens upon when surfing. All credit to the artist for creating such a glorious picture.
Posted by Micah at 11:07 AM 5 comments:

Song to get you through the weekend: "The Show" by Lenka

I've played this adorable Aussie's self-titled solo debut many times this past week. If you've got a sweet tooth for some sugary pop music, you could do far, far worse than her music.
Posted by Micah at 4:01 PM 3 comments:

A lot of newcomers (mainly selections from my Autumn Mix) since the last chart.
Posted by Micah at 12:07 PM 2 comments: 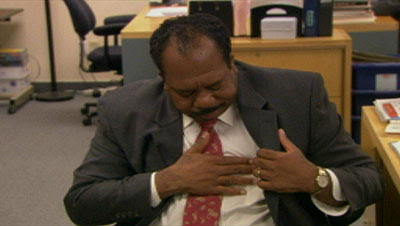 Michael practices for the birth of Jan's baby by having Dwight go over possible birthing scenarios. 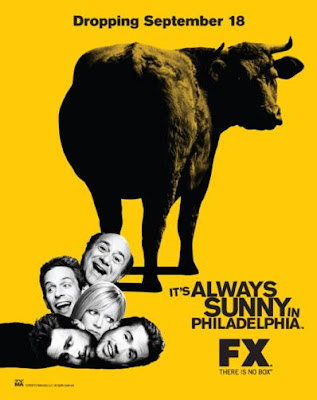 The gang kidnaps a newspaper critic after he calls Paddy's "the worst bar in Philadelphia".

Crush of the Week: Brea Grant

This week's Crush is actress Brea Grant, who plays the "speedster" Daphne on "Heroes." Her character's spunkiness is mildly annoying, yet I also find her really cute. Weird. 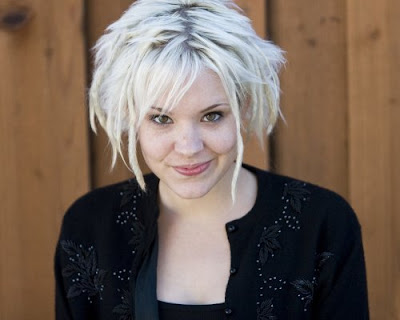 Sure, the last thing that "Heroes" needs is a new character, but in this case I'll quit my bitching.
Posted by Micah at 11:52 AM 6 comments:

My lunch date with Sarah Palin

About a week ago I got a highly personal e-mail from Gov. Sarah Palin, asking whether or not I'd like to get together with her. My immediate reaction: hells yeah! I have been crushing on her for weeks. Why not take a half day at work and meet the very foxy Vice Presidential candidate for a lunch date?

So we made plans to meet at the Arthur Ashe Center. Then a few days later, she changed her mind and said that she'd rather have the date at the Richmond International Raceway. She said something about liking the size of that venue better. It's not the most romantic place in the world, the menu's not very deep, and the place certainly isn't conducive to conversation. But whatever. It was her call.

Well, yesterday was the big day. I finally met her in person after exchanging e-mails for weeks. *swoon* 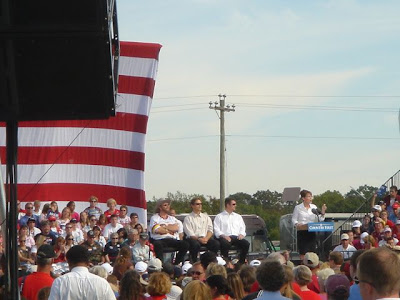 To my surprise, she arranged to have Hank Williams, Jr. serenade us. Wow! Okay, so while that was indeed a treat, the National Anthem and "Family Tradition" don't really get me "in the mood," if you catch my drift. At least put on some Barry White or Dido or something. But at least it wasn't Toby Keith. Man, do I hate Power Country.

So, while I noshed on a pulled pork sandwich, we started talking. Or rather, she started talking, as I couldn't get a word in edgewise. She kept talking and talking, mostly about how awesome her old man is, lower taxes, Wall Street, polls, war, yada yada. I just smiled and nodded, as I am what's called a "good listener" and "sensitive to a woman's needs." Honestly, though, I was completely transfixed on her beautiful, brown eyes. She could've been talking about nationalizing health care and abridging my 2nd Amendment rights and I would've went along with it.

Before I knew it, the lunch date was over. Sarah had work to do back at the office and was going to be very busy in the foreseeable future. She did leave open the possibility of getting together again, maybe in January. I'm psyched!

Now, the media would have you believe that I was only one out of about 20,000 or so people there and that it wasn't actually lunch date, but in fact a "rally," but that's just crazy talk. Sarah and I shared a moment. The media's just jealous and delusional, like any ex-boyfriend would be. 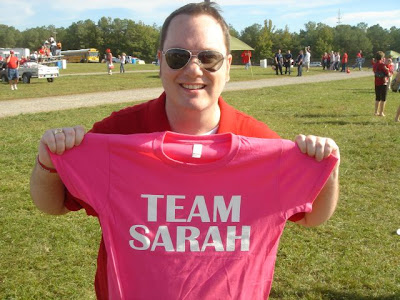 (No, this shirt isn't for me, though I would look dead sexy in it. It's for my sister who, for the first time ever, is very excited about a political candidate. Take that, Democratic dominance of identity politics!)
Posted by Micah at 12:36 PM 5 comments:

Email ThisBlogThis!Share to TwitterShare to FacebookShare to Pinterest
Labels: politics 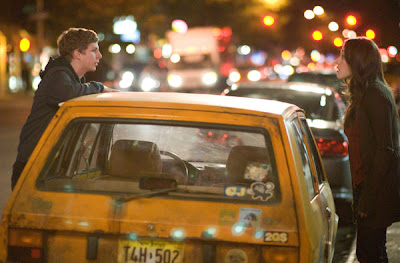 Nick and Norah's Infinite Playlist: Michael Cera's endearing awkwardness* and Kat Dennings' sweet, sweet rack play two hipster high school seniors who meet cute against an indie rock backdrop. While the movie wasn't as funny as I thought it would be, I'd classify it as "charming." But if I was 15 years younger, I'm sure that I would've LOVED this film.

Forgetting Sarah Marshall: I'm an unabashed fan of the Apatow machine, so I was greatly looking forward to this movie. While it started out slowly, it eventually started to bring the funny and then never let up. While most comedies of this ilk would portray Sarah Marshall as an irredeemable harpy, screenwriter/actor Jason Segel makes it hard to completely root against Kristen Bell's character. And for the ladies, there's plenty of dong.

Song to get you through the weekend: "Heartbeats" by Jose Gonzalez

I'm putting together my Autumn Mix CD this weekend and I chose this song to close it out. Originally, I planned on bookending the mix with the original version by the Knife, but decided to nix it in favor of another song.
Posted by Micah at 3:22 PM 2 comments:

"Things are going to be dangerously crunchy out there."

Once again, the Onion is on point with its skewering of the media. Too bad they didn't put this out in time for Autumn Week here, but it's still definitely worth posting.
Posted by Micah at 10:58 AM No comments:

Tonight's new episode of "It's Always Sunny in Philadelphia": "Who Pooped the Bed?"

Frank and Charlie find that someone has soiled their bed, and Mac and Dennis join them as they attempt to catch the culprit. Meanwhile, Dee leads Artemis and the waitress on a "Sex and the City"-style night on the town. 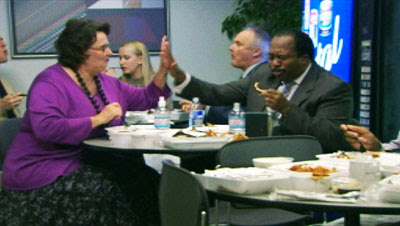 EDIT: My bad. It looks like the VP debate's going to pre-empt tonights episode. Oh, well. I'm sure "Joe being Joe" will provide some laughs.

This one's for my brother

And to think, my very first Crush of the Week use to be so wholesome.
Posted by Micah at 11:18 AM 3 comments:

Crush of the Week: Amy Robach

This week's Crush is TV journalist Amy Robach. Lately she's been filling in for Ann Curry on "Today" and I have no problems with that whatsoever. 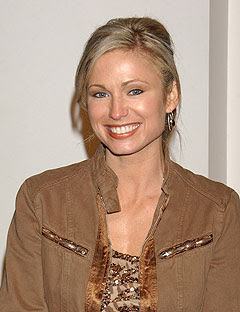 It's nice to slowly regain consciousness with her each morning.
Posted by Micah at 10:44 AM 6 comments:

After Mac's revenge-obsessed father is released from prison, Mac and Charlie fake their deaths to save their lives. Frank, Dee and Dennis find unique ways of dealing with the loss of the guys.

If I could teach you only one thing... 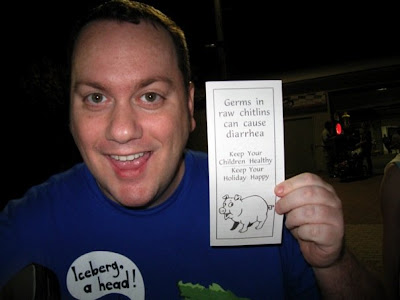 ...it would be this. The State Fair is fun AND educational!
Posted by Micah at 10:01 PM No comments: