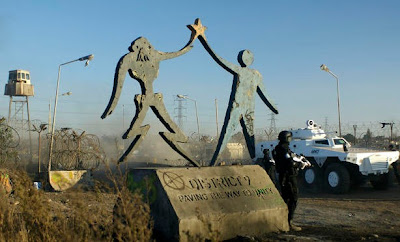 District 9: The marketing folks have been pretty good about keeping the plot a secret and it's best if you go in fresh, so I'll just say that I really, really enjoyed this film. I knew going in that it was shot "documentary style" which are usually code words for "camera work by epileptics off their meds", but it really does largely follow a documentary conceit (though there is a bit of excessive shaking, it's not Bourne Ultimatum bad). Highly recommended.

Juno: In the words of Men on Film: hated it! Okay, that's a bit harsh to describe my feelings, since I thought the acting, direction, etc. was serviceable. It's the dialogue that I couldn't stand and that pretty much ruined the movie for me. Maybe if screenwriter Diablo Cody toned it down some so not every line out of Juno's mouth was a pop culture-referencing zinger slathered in a sauce made out of hipster irony, I could cut the film some slack. But she didn't and making Juno that annoying prevented me from feeling anything for her during the girl's Big Emotional Scenes. But I do agree that Sonic Youth is just noise and they suck.

Ghost World: Now this is female-centered hipster irony done right. Steve Buscemi was excellent playing the sad sack (that kind of role seems to be in his wheelhouse). I wish I didn't wait so long to finally catch this film.
Posted by Micah at 10:50 AM