Well, the regular season is coming to a close (for these two teams, at least), but the Great Xbox 360 Swami is not daunted by the significance of The Game and the Oldest Rivalry in the South Capital Cup as it determines the outcomes through a set of CPU vs. CPU matches. 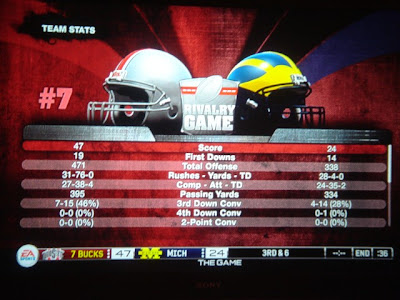 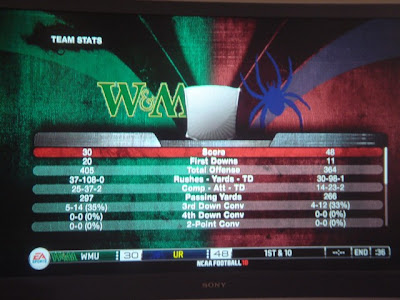 Word is bond. Unless there are any commenter requests for the outcomes of any other game, the Great Xbox 360 Swami shall take a much-needed rest until bowl/playoff time.
Posted by Micah at 10:33 AM