Christmas music. It can be corny. It can be beautiful. It can somehow be both at the same time. Not everyone likes it, though. But what do you do when you're faced with throwing an impromptu Yuletide cocktail party - serving peppermint martinis, no doubt - and realize that you come up short in the festive music department? Sure, you could tune into your local "music the whole office can agree on" station, but then you run the risk of having your soiree prematurely killed by the likes of Marian Carey, "Christmas Shoes", and songs about reindeer mauling elderly relatives.

For just such an occasion I've compiled a list of must-own Christmas albums. Every self-respecting celebrator of the season should own these masterpieces: 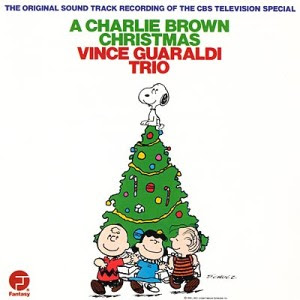 The Vince Guaraldi Trio: A Charlie Brown Christmas As far as Christmas music goes, it all begins and ends with this jazzy, nostalgic gem. Start your party with "Christmas Is Coming". Close it with "Hark! The Herald Angels Sing". 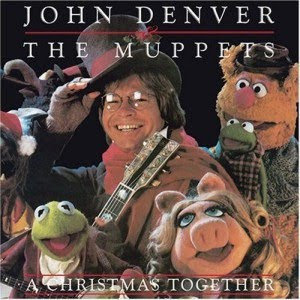 John Denver and the Muppets: A Christmas Together Who doesn't like John Denver? Who hates the Muppets? Godless heathens, that's who. With all due respect to Bob and Doug McKenzie, this serendipitous collaboration produced the definitive version of "The Twelve Days of Christmas".

Frank Sinatra, Dean Martin, The Ratpack: The Christmas Collection, Christmas with Dino, Christmas with the Rat Pack Add instant cool to your cocktail party with this trio of albums featuring songs by Frank, Dino, and Sammy recorded during their classic Rat Pack years. It's sure to make revelers who've indulged in a bit too much wassail go all ring-a-ding-ding, baby.

Various Artists: Merry Mixmas, Christmas Remixed, Christmas Remixed 2, Verve Remixed Christmas Like the music used in pretty much every seasonal commercial and Gap/Old Navy store over the last four or five years? Then you'll love these reworkings of classic Christmas songs. While some remixes are better than others, they're all at least interesting. 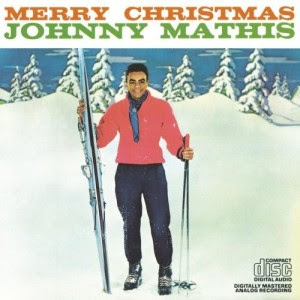 Johnny Mathis: Merry Christmas At first one may want to dismiss this album's title as being a bit trite, but if you listen to the songs it sounds as if Johnny's really sending out his heartfelt holiday greetings personally to you. His take on "Sleigh Ride" IS the sound of Christmas. 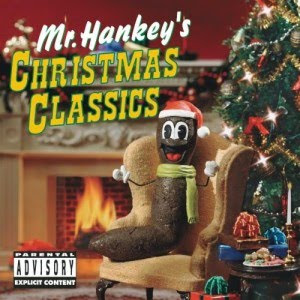 South Park: Mr. Hankey's Christmas Classics Swiss Colony beef logs. Judaic exclusion. A singing piece of shit. This album's hilarious and perfect for lightening the mood, though "The Most Offensive Song Ever" is very appropriately titled. It's sure to pick up the spirits of even the most dour seasonal depression sufferer.

Various Artists: Ultra Lounge: Christmas Cocktails Part One, Part Two, Part Three Take the coolness of the Rat Pack albums listed above (which share some of the same songs with this series), add a heavy helping of kitsch and you've got this set of lounge music compilations. Lush, sparkly, and delightfully tacky. 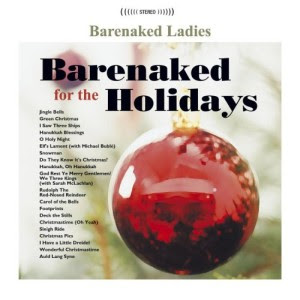 Barenaked Ladies: Barenaked for the Holidays Keeping things goofy, these Canucks made one heck of a jaunty Christmas album. "Elf's Lament" - a song detailing a labor dispute between Santa and his workshop employees - alone is worth the price of admission. 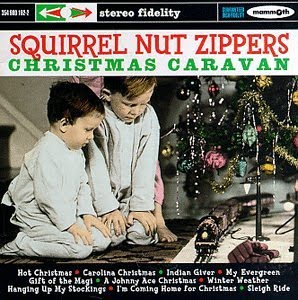 Squirrel Nut Zippers: Christmas Caravan Because every party - regardless of holiday or theme - needs some hot jazz to give off a speakeasy vibe. More artists should cover "I Like the Winter Weather", you know? 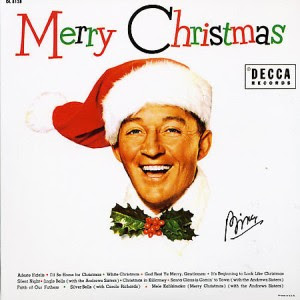 Bing Crosby: Merry Christmas It's got his version of "White Christmas" on it. 'Nuff said.

I realize that this list may arrive too late to restore your Christmas street cred this year. Luckily for you, these'll be heavily marked down on December 26th and you can be ready for next year.
Posted by Micah at 10:20 AM