The people have spoken and the Crush of the Year for 2009 is actress Alison Brie. 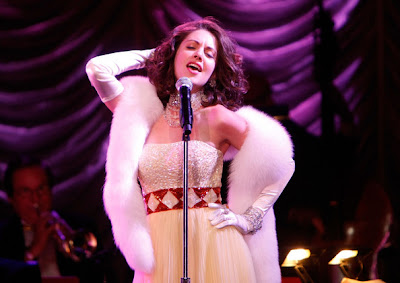 She's currently pulling double duty on a pair of excellent TV shows: "Mad Men" and "Community". Her work as Trudy on the former is great, but she really excels as uptight overachiever Annie on the latter. "Community" started out laugh-out-loud funny and has only gotten better as the season's progressed, due in large part to the believable chemistry of the ensemble.

It also hasn't hurt that her sweaters have seemingly gotten tighter each week on that show, too.

Even greater, she's partly responsible for quite possibly the best moment in television history:

Walter Cronkite and the moon landing ain't got nothing on that. 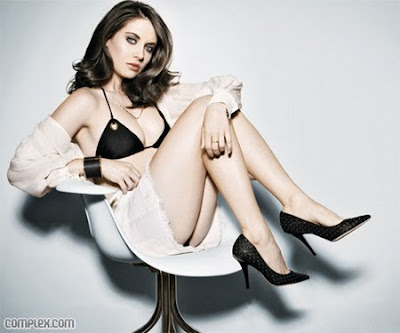 By exuding grace, beauty, comedic chops, charm, and poise, her selection as Crush of the Year was a no-brainer. Turning the voting over to my readership was yet again the right choice. Thanks, you two!

I agree with her personal assessment. She is amazing.

Ms. Brie's likeness will be placed in the Hall of Crushes alongside previous honorees Christina Hendricks, Tina Fey, Scarlett Johansson, and Shandi Finnessey. But should she fail to live up to her duties as CotY, the runner-up I selected* - Diora Baird - will take her place. Kudos to you, Ms. Brie, and keep up the great work.

So, should I alert her to the fact that she's won such a coveted prize?

*Hey, this blog is mostly a cheertatorship. I only throw the cheerocracy bread crumbs your way every now and then.
Posted by Micah at 10:20 AM

It appears that the producers of Community might be readers. Necklines are plunging, hair toussling. We've done good work here, gentlemen.