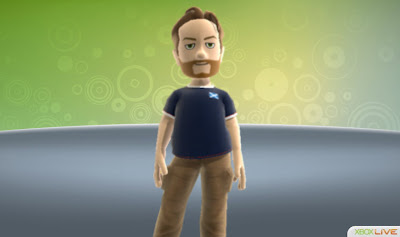 That's right. As I alluded to earlier, I've got an Xbox 360 now (or, as I like to call it, my Rock Band Machine) and it's consuming pretty much all of my non-working waking hours. 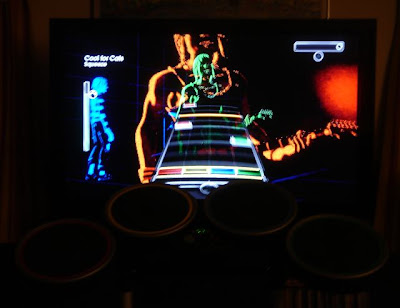 I'm becoming quite the drummer. On the easy level, at least.

For future reference, though, what are some of the better games out there? Keep in mind that first person shooters make me physically ill and I suck at racing games. And what last gen Xbox games did I miss out on during my PS2 myopia? (I intend on diving into Star Wars: Knights of the Old Republic at some point).

Also, I'm on Xbox Live. I don't plan on doing much online gaming since my free Gold membership expires in a couple of weeks and I don't have any real multiplayer games, but I'll still be your virtual buddy. Just let me know what your "gamer tag" (or whatever the heck it's called) is. When the season rolls around, I'm sure I'll be getting a college football game and will be up for some virtual bouts then.

*Downloadable Rock Band songs excluded. The game comes pre-loaded with only so many Boston and Weezer songs, you know.
Posted by Micah at 10:56 AM

I'm reserving that topic for a near future blog post, so I didn't bring it up.

We will miss you but have fun~!