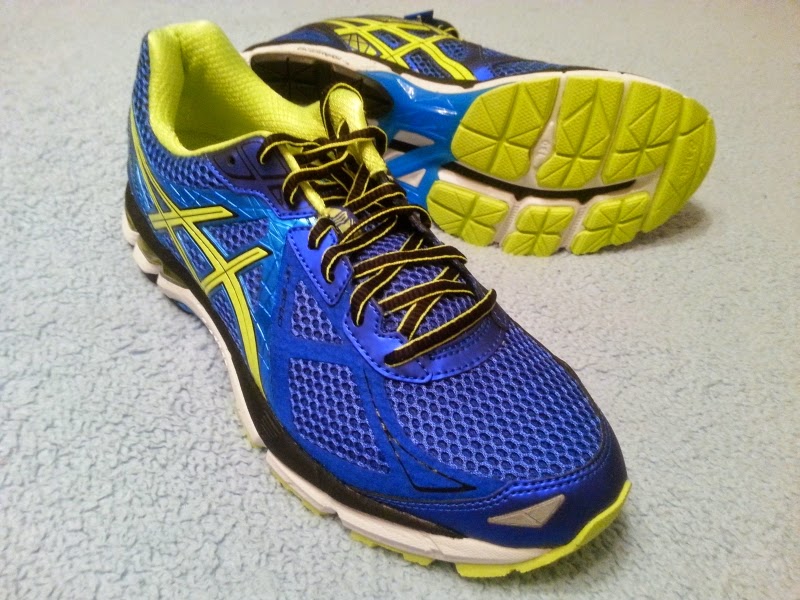 So my first professionally-fit pair of running shoes that I got in January? They didn't take. My body rejected them. When I ran in them the pain in my knees was much sharper and appeared a great deal sooner than usual. (Within the first quarter to half mile.) What's more, new pains appeared in my shins and hip. I gave them a shot: five runs of about three miles each. The New Balances hurt me every single time. Were my overpronating legs weird in that stability shoes made things worse?

Luckily I was still within the return window and took them back to Lucky Foot over the weekend. They took them back with no questions asked and set about helping me to find the perfect shoe. It turns out that within stability shoes there are a range of how much correction they provide. Last time I must've erred on the side of massive support. Maybe that's what hurt me so much? I tried on four more pairs, no repeats from my last fitting there. Three of them were stability shoes, one was neutral.

It was a lengthy process, but I ultimately settled on this pair ASICS GT-2000 3's. I really liked the cushioning. They feel like pillows strapped onto my feet. Also, bonus points for the wilder colors than the more conservative New Balances. Granted, all that's meaningless if I take them out for a run and they try to kill me.

I'm going for my inaugural run in them in a few minutes. Here's hoping that I finally found The Ones. If not, well, then I think that will be my body's way of tell me "No stability shoes for you!" I'll go back to the store and try the neutral Sauconys I tried on.
Posted by Micah at 1:08 PM

Email ThisBlogThis!Share to TwitterShare to FacebookShare to Pinterest
Labels: running is dumb, shoes