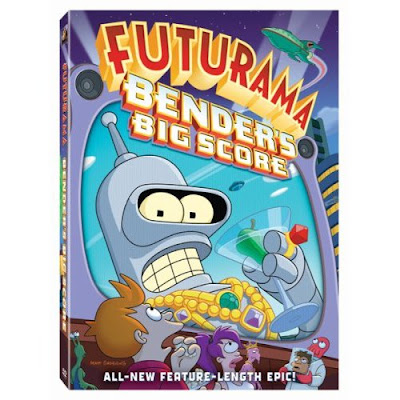 It's been over four years, but "Futurama" is back! Today sees the release of the show's first straight-to-DVD movie Bender's Big Score (to be followed later by The Beast with a Billion Backs, Bender's Game, and The Wild Green Yonder). These movies will then be chopped up and aired as "new" episodes on Comedy Central sometime in 2008.

For now I'm just happy that it's back and that the DVD includes a full-length episode of "Everybody Loves Hypnotoad." I'm walking on sunshine!
Posted by Micah at 8:44 AM

You getting this today?

Planning a Best Buy excursion right after work. They've got an exclusive disc with it.