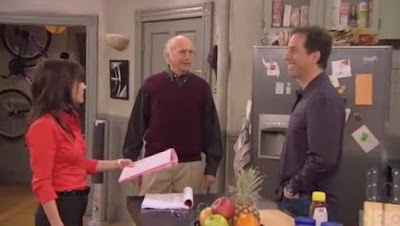 It's been said that we're in the new Golden Age of TV and I can't really dispute that. While the majority of programming is utter crap (thank you, reality television), there are more quality shows on currently than any other time that I can remember.

My television list is a bit different than others out there because I include only shows which had seasons that began and ended during the calendar year. I never understood how one could proclaim a show one of the year's best when half of its season hasn't even aired yet. So that would explain the absence of such programs as "The Office", "Community", "Parks and Recreation", and "30 Rock" (though the TGS crew has had a rocky season so far).

With that out of the way, here is what I deem the best television produced in 2009 (in no particular order):

"Breaking Bad" - The second season of this drama about a terminally ill high school chemistry teacher turned aspiring drug kingpin somehow managed to ratchet up the intensity of its stellar first season. In fact, the most gripping TV scene of the year happened on this show. By watching Jessie's strung out girlfriend choke on her own vomit, any hope Hank had of returning to a sense of normalcy at some point had vanished. If you're not watching this show, you should.

"Eastbound & Down" - Hands down the funniest show of the year and the year's best debut. I'm convinced that Danny McBride can do no wrong. (Note: I have not seen Land of the Lost.)

"Mad Men" - Sometimes this show's glacial pace can be frustrating. And it should be mandated that Christina Hendricks should be in every frame of every episode. My criticisms end there, since everything else regarding the show is perfect. I am eagerly awaiting the exploits of Don Draper's new ad agency next season.

"Flight of the Conchords" - While not hitting the giddy heights of its brilliant first season, New Zealands fourth most popular comedy folk duo provided plenty of laughs.

"The League" - Not having played fantasy football or being a huge fan of the NFL, I was afraid that the humor of this new improvised show would be lost on me. Luckily, pro football's just the set up to the exploits of five scheming friends.

"Michael and Michael Have Issues" - I love the State. Within that troupe, I love Michael Ian Black and Michael Showalter, so this show had me with the first episode.

"It's Always Sunny in Philadelphia" - The gang produced the most consistently funny season since the early days. Don't agree? Consider: a road trip, the World Series, a suicidal Frank, beer pong, the D.E.N.N.I.S. System, and Kitten Mittens.

Rule Britcommia:
"The Inbetweeners" - It's like an English Superbad.

Good try:
"The Goode Family" - My expectations for Mike Judge's takedown of Whole Foods liberalism were high. Unfortunately, they weren't quite met.

Terrible, terrible try:
Sit Down, Shut Up - Given all of the "Arrested Development" talent involved (and Kristin Chenoweth!), the funny simply was not brought.

Email ThisBlogThis!Share to TwitterShare to FacebookShare to Pinterest
Labels: Best of, Britcoms, Flight of the Conchords, Sunny, TV