Here it is, folks. The Big One. The capper to the 2009 college football season*. After a bit of a rest, the Great Xbox 360 Swami is ready to give one final prediction via CPU vs. CPU match before devoting itself to Rock Band and Peggle until the fall. 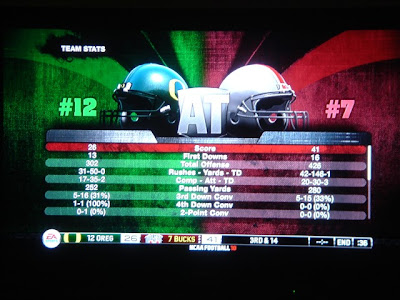 And that's all she wrote.

*At least in my eyes. Who cares about those other teams?
Posted by Micah at 11:44 AM

Here's my prediction for the Alamo Bowl:

Spot on, spot on.