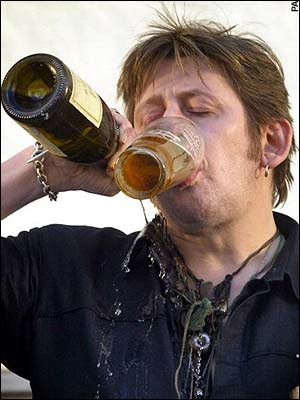 Happy St. Patrick's Day! It's that one day a year when Lucky Charms taste extra magically delicious. Go out and knock a few back, but don't party too hard.

On my docket: Rather than fight my way through an overcrowded bar and buy round after round of ridiculously marked up drinks, I bought a shiny new bottle of Jameson Irish Whiskey to consume after work. I'll pour some hooch out for the last episode of "Scrubs". And Flight of the Conchords just released their third song to the Rock Band Network, so I'm going to have my own party. It's business time.
Posted by Micah at 9:45 AM