The much-hyped and awesomely-titled Hot Tub Time Machine hits theaters today. When I first heard about it, I just grinned a little. As the marketing ramped up, though, the trailers and TV spots got progressively funnier. I'm hoping to catch the flick this weekend, but if I can't, I can always pop one of these Me Decade-set movies into my VCR. 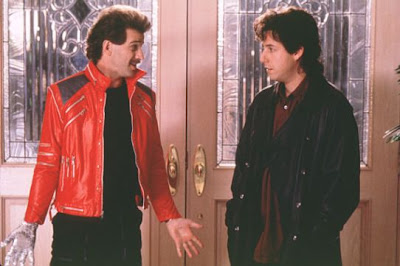 The Wedding Singer: Of all the '80s-set movies filmed in the decades that came afterwards, this one is the most blatant "Hey, it's the '80s!" of the lot. But it's still pretty charming, so I give it a pass. 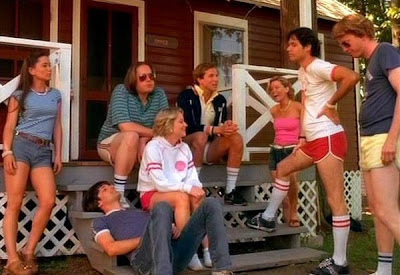 Wet Hot American Summer: This hilarious homage to the once popular summer camp sex comedy genre really nails the look and feel of 1981. Did I mention it's hilarious? 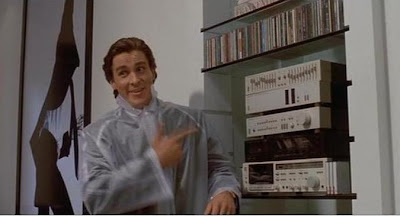 American Psycho: Not only do you get a mindfrick of a serial killer movie, but you also get a treatise on the importance of Huey Lewis! 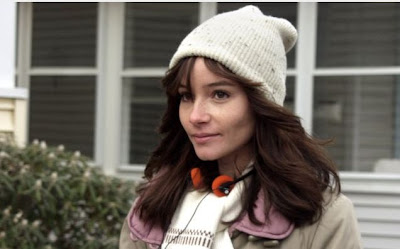 The House of the Devil: If you didn't know better, you'd think that this "Satanic Panic" film was a product of the VHS age. Director Ti West really got the look and feel of '80s horror films down here. 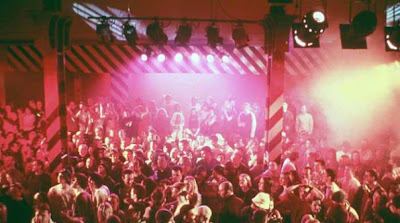 24 Hour Party People: Though it doesn't take place entirely in the '80s, we needed a movie that documented Factory Records and the Madchester scene. Luckily, we got a damn fine one. 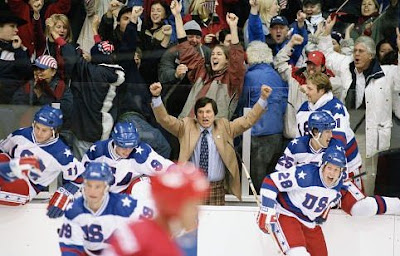 Miracle: The excitement! The glory! The plaid pants! 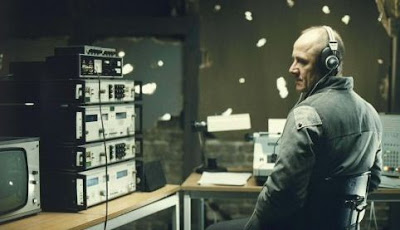 The Lives of Others: Man, communism must've really sucked.

Watchmen: In an alternate universe 1985, Nixon's still president, costumed vigilantes are outlawed, and we're on the verge of nuclear war. But at least there are copious amounts of big, blue dong. 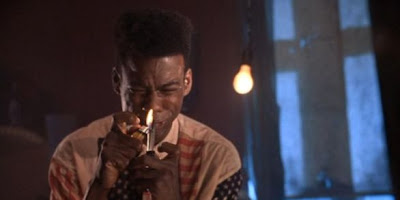 New Jack City: Remember Crack? And Judd Nelson?
Posted by Micah at 9:45 AM

In my opinion, "The Lives of Others" is one of the best and most important movies made in the aughts. It can also be used as reference material for what living in America will be like 20 years from now.

And, everyone I know hated "Watchmen"...I absolutely loved it...Could have gone without the blue dangle, but otherwise, I thoroughly enjoyed it.

Agreed on all points.

1) I considered making a snarky comment about our loss of liberty, but didn't.

2) She's one of those actresses that I can't stand, but I think Adam Sandler must make her tolerable because I don't mind 50 First Dates, either.

3) I loved Watchmen. I guess you have to read the funny book beforehand to really appreciate it.

Drew was most assuredly cute in "Wedding." Normally that's not true.

I also appreciated "Watchmen" despite having never read it. It was the opening scene with John McLaughlin that showed me I'd be in for a great flick.