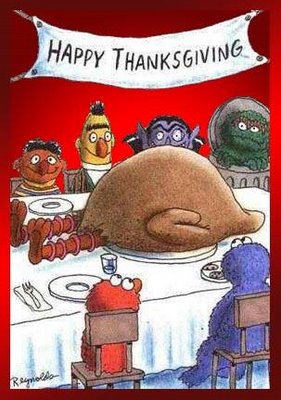 I figured that would happen eventually, like when Grimace ate Mayor McCheese.

Grimace ate Mayor McCheese? who now will run the fair town of McDonaldland?

It's a sordid tale, what with Hamburglar plotting to take over in the wake of McCheese's death (before he himself was offed by a gang of Fry Guy hitmen). Grimace, with his eating disorder and morbid obesity, is in no condition to run McDonaldland. And Ronald McDonald is ineligible, what with his having already served two terms and having been indicted for embezzling the toys out of Happy Meals. So that leaves Birdie as the only viable candidate, as she does represent the influential chicken-like substance lobby.

you definitely need a blog.

panthergirl - Right back at you!

dubin - What about Mac Tonight? Or the McNuggets?

And jasdye's right. You really need to get on the blog tip. Something like "My Anti-Semitic Musings" or something.

Hell, I've got a third grade education and I'm doing it.

Shit, I totally forgot about them.