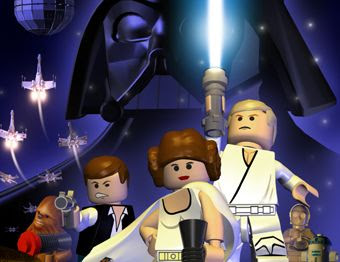 1. Lego Star Wars II: The Original Trilogy This sequel is more of the same of what was found in the first Lego Star Wars, but when the "same" is this fun, who really cares?
2. The Lord of the Rings: The Third Age Terribly addicting RPG until I got stuck at one point and never returned to the game. Hmmmm. Maybe I'll celebrate MLK Day by laying some smack down on some Orcs.
3. Playboy: The Mansion This Sims-with-boobs was fun at first, but then just got kind of...boring. Don't worry. I'm still all-man, baby.

Honorable Mention: Guitar Hero III My nephews got this for Christmas and it's pretty fun, depite my extreme suckitude. I can't really chart it here, though, since I only played one song ("The Metal" by Tenacious D).

Note: As with books, I don't rush out to buy video games. That's why the above are kind of old. But the release of a new Katamari Damacy game has me tempted to go out and buy an Xbox 360.
Posted by Micah at 8:05 PM