It's cold. Damn cold. And we still have a few more weeks of winter on tap. Why not hole up and watch a marathon of movies that revel in this dark yet glorious season? These films are especially necessary if you, like me, live in a place that is largely snow-challenged. They'll be the closest to a winter wonderland that you'll get. *sigh*

For this list I removed from consideration movies that deal with Christmas, either explicitly (sorry, A Christmas Story and Trapped in Paradise) or incidentally (my sincerest apologies, Die Hards 1 & 2). No, these films are all set in the icy thick of it.

So, brew a pot of coffee, throw on your Snuggie, and settle in for a long winter's vegging...

The Bourne Identity Who else kicks so much butt while wearing a mock turtleneck? No one, that's who. 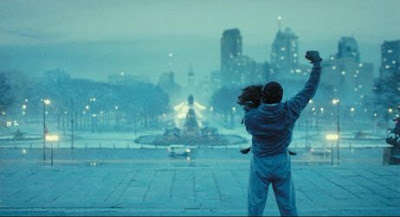 Rocky Balboa A story of redemption and perseverance set against a wintry backdrop that makes Philadelphia look almost nice. 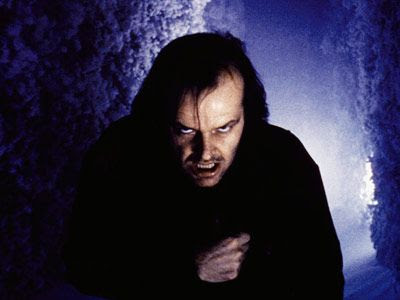 The Shining Cabin fever cranked to 11. 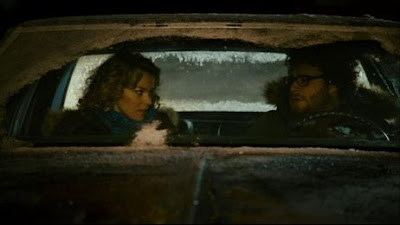 The Thing Kurt Russell sports the mother of all winterbeards. And I imagine that this is where Wilford Brimley first recognized why a warm bowl of oatmeal is the cornerstone of a nutritious diet.

Wonder Boys Another wintertime Pittsburgh movie, but this one features Michael Douglas killing a dog and Robert Downey, Jr. wooing a tranny! 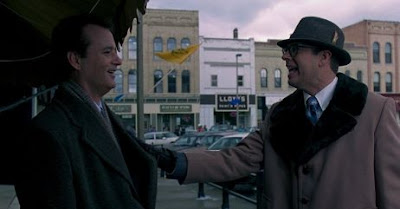 Groundhog Day For the pessimists: "I'll give you a winter prediction. It's gonna be cold. It's gonna be gray. And it's gonna last you for the rest of your life." For the optimists: "When Chekhov saw the long winter, he saw a winter bleak and dark and bereft of hope. Yet we know that winter is just another step in the cycle of life. But standing here among the people of Punxsutawney and basking in the warmth of their hearths and hearts, I couldn't imagine a better fate than a long and lustrous winter." You make the call. Bing!

It just so happens that, while I've been working on this post here and there for a few days now, it snowed this morning. 'Tis kismet!
Posted by Micah at 10:39 AM

"All work and no play make Homer something something"

Groundhog Day is one of the best. movies. ever. It is Profound. It is spiritual AND it showcases the immense talent of Chris Elliot.

spydrz - Ha ha! That was my original write up for The Shining.

wh1skeylover - Indeed. It's a shame that it was ignored by the Academy. (I'm serious.)

I want Chris Elliott to write another book...now!

"Winter"..."snow"...ice that falls from the sky, and isn't in my Mai Tai...these concepts are foreign to me.

Remind me to give you my PayPal address, so you can give me money for a plane ticket.