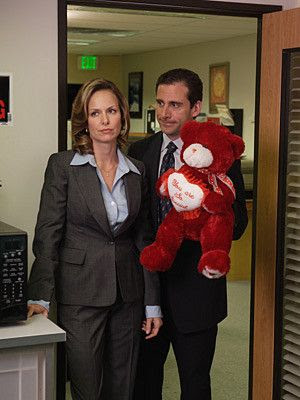 Ryan invites Michael to be the guest speaker at his business school.

I so pity the Intern.

This was a great episode. The ending reminded me of the end of the Halloween episode...in that it was touching and humanized the previously outrageous Michael.

Do they still make those? I don't remember eating one since about 1984.

I dunno. All I know is that Newman had a fondness for them, so that puts them in production until at least the mid-90s.

Michael: What's the best advice I ever gave you?

Dwight: 'Don't be an idiot, Dwight.' It was life-changing.
Whenever I'm going to do something, I stop and ask myself, 'Is that something that an idiot would do?'

but, does anybody else miss some of the more subtle humor from earlier? i feel like the humor is just too over-the-top nowadays. or am i just imagining things?

Yeah, it's a bit cranked up, but c'mon - it's still the funniest thing on TV.