One of the benefits of the steadily decreasing temperatures of autumn? You can use the cold as an excuse to hole up and watch some comfort movies. And the settings of some of my most rewatched movies only serve to reinforce the "fallness" of the season. These are my go-tos when the leaves start to change:

Garden State I'm not sure why this film makes me think of fall, since it's not explicitly laid out that it takes place during that season. It could be spring, for all I know. Maybe it's the presence of hoodies, jeans, jackets, fires, and such that leads me to classify it as an "autumn movie."

Rushmore Many autumn-set movies concern school, for obvious reasons. This one is tops in that area. The quirky direction and script, the soundtrack, the great performances by Bill Murray and Jason Schwartzman - it's a terrific film. But the humor's not for everybody (Example A: my mom, who hated it). 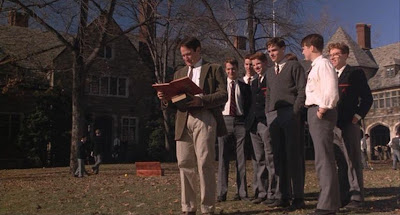 Dead Poets Society Another "school" movie. The grounds of the private school are gorgeous, especially when they are bathed in golden leaves or fallen snow. Plus, I like the clothes that the characters wear. Beneath the hoodies and t-shirts, I'm a vintage prep at heart. 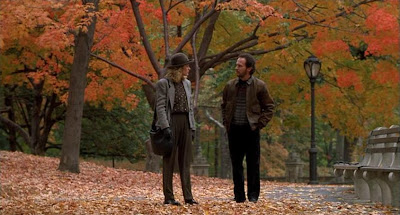 When Harry Met Sally... Nora Ephron is responsible for many evils in this world, but this guy-approved romantic comedy should not be included among them. Her New York is a storybook one that conveniently omits the seedier things that I've actually seen in the city (peep shows, homeless people defecating in the street, etc.). It sure is pretty. 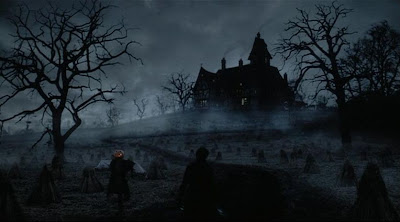 Sleepy Hollow One of my fondest autumn memories is hanging out with my brother on in his room a cold, gray afternoon, watching the Disney version of The Legend of Sleepy Hollow. Well, Tim Burton's take on the tale is a bit more warped. I purposefully omitted horror movies from this list as they are so easily tied to Halloween, but chose to include this one since the art direction is very, very gray. 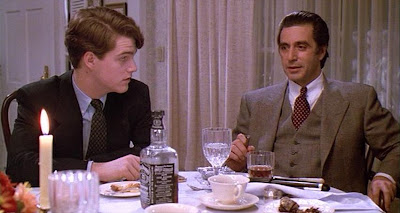 Scent of a Woman Sure, this movie is likely the point when Al Pacino turned into a caricature of himself ("I'm going to talk softly and then GET LOUD FOR NO APPARENT REASON. Hoo-ah!"), but it's a fun and even touching Thanksgiving ride through New York. And, yes, one of its settings is a private school. I'm also fond of this film because it served as my introduction to the genius that is Philip Seymour Hoffman many moons ago. 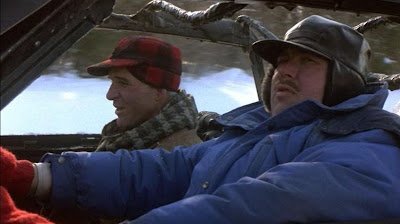 Planes, Trains and Automobiles John Candy's best film (yes, even better than Uncle Buck) is a Thanksgiving tradition at my house. "Train don't run out of Wichita unlessin' you're a hog or a cattle..." 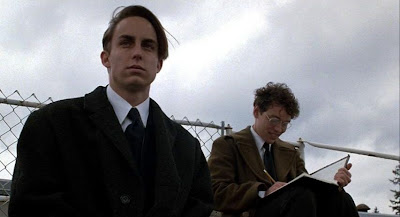 The Chocolate War Another extremely overcast film. And you guessed it: another private school. It's a shame that more people don't know about this movie. In addition to being an all-around good flick, it gets bonus points for having a kick-ass soundtrack (I first heard Yaz in this movie; talk about chilly).

And if you want to beat the cold by visiting the theater this autumn, check out my handy-dandy Fall Movie Preview.

So, what autumn films have I missed?
Posted by Micah at 10:57 AM

Legends of the Fall, duh!

D'oh! I actually like (and own) that movie, too.

great post, i agree whole-heartedly with all your picks. maybe its a morris thing.