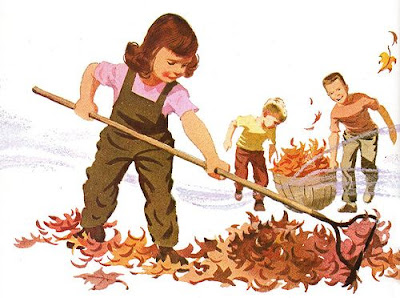 Well, there's a football in the air
Across a leaf blown field
Yeah and there's your first car on the road
And the girl you'd steal

Did I just open this feature with a few lines from a Better Than Ezra song? Yes, I did. Why? Because, public indifference and cultural irrelevance be damned, they are freakin' awesome. Also the vivid lyrics and dulcet tones perfectly encapsulate that great autumn feeling that we all feel this time of year. And by "we" I mean "I." But I'd like to think that I'm not the only one who enjoys the next few months the most.

As I mentioned at the start of the summer, fall is the most wonderful time of the year. Sorry, Andy Williams. You're one season off. The shorter days, cooler climate, better clothes, fireplaces, college football, new TV shows, Halloween, Thanksgiving - what's not to love?

I think that I've adequately covered the awesomeness that is the one-two punch of pumpkin spice coffee and pumpkin beer. Those two beverages alone make September, October, and November superior to the other months of the calendar.

This week I'll be doling out my Autumn Requisites: movies, music, and other stuff that serve to enhance this most blessed season. So stoke the fire, settle into your Slanket, and bask in the glow of your monitor while we throw off the oppressive shackles of summer and finally live, dammit!
Posted by Micah at 11:17 AM

or was that just Buddy Jesus?

I don't know about spice coffee or pumpkin beer, but Better than Ezra is a realy underrated band.

jasdye - I think you're thinking of Obi-Wan Kanobi.

Dr. Zeius - Agreed. And they're still cranking out albums (for their post-peak output, I recommend the most excellent Closer).