Crush of the Week: Erica Hill

This week's Crush is Headline News anchor Erica Hill. I pretty much only know her from the "Straight to Hill" segment on Glenn Beck's show. In addition to being wildly attractive, she's got a great wit, as displayed when she verbally spars with Beck. And I detect some type of non-whiteness in her genetic makeup, but I can't put my finger on it. Ted Turner is taking a page from the Fox News Book of Eye Candy. 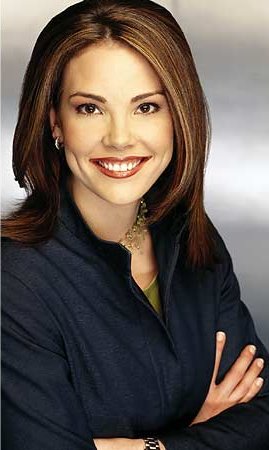 Speaking of Glenn Beck, I'm digging his TV show, but it's not without its faults. First and foremost, he needs to bring Stu in to riff off of. He's one of the reasons why Beck's radio show works so well. It'd also make Glenn seem a little less awkward when he's delivering his zingers. Additionally, the swaying camera and extreme close-ups need to go. MTV (and it's God-awful camera techniques and editing) is for 14 year olds, which is not exactly Headline News' demographic.
Posted by Micah at 8:53 PM

I have to admit I've only seen her on Glenn's show as well. She can spar well with him.