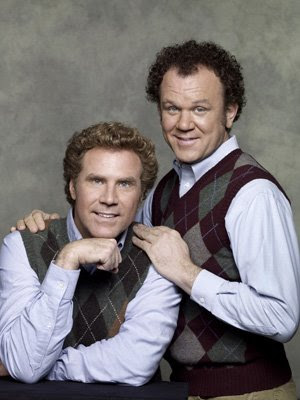 Normally, I try to make a Summer Movie Preview, but since the most excellent Iron Man ushered in the popcorn season a couple of weeks ago, I'll just call this a checklist. What follows is merely a list of upcoming films that have piqued my interest. Will I see them all in the theater? Doubtful, if you go by my want-to-see/actually-saw ratio for previous summers (or any season, for that matter). But here there are, in order of release date:

The Chronicles of Narnia: Prince Caspian (May 16): Honestly, I don't know if I'll catch this in the theater or not. I saw the first one - which I liked - on DVD. Maybe I'll just save my 950 pennies for...

Indiana Jones and the Kingdom of the Crystal Skull (May 22): Maybe I'll see this one. Did your Sarcasm Detector explode? spydrz suggested catching a midnight showing on opening day and, while I know that I would be completely worthless at work the next day if I did go, I'm totally in.

The Strangers (May 30): From what I gather, this is about a group of people in scary masks that break into Steven Tyler's daughter's house and terrorize her and her mate. I'm a huge wuss when it comes to this stuff, but I'm morbidly curious.

The Incredible Hulk (June 13): Yep, I'm a Marvel fanboy/apologist and I'll be there opening weekend. I think we, as a nation, need a cleansing after the last Hulk movie. Plus, Edward Norton is da bomb.

Wall-E (June 27): Considering the titular robot is a garbage compactor stuck on Earth after all the humans jump ship, I'm afraid there'll be some green message to this movie. But it's Pixar, so it gets a pass.

Hancock (July 2): Will Smith plays an unlikeable, alcoholic superhero who hires a PR guy to get back into the public's good graces. It'll be fun to see a twist on the genre.

The Dark Knight (July 18): Again, this is another no-brainer. I just hope director Christopher Nolan managed to carve enough money out of the movie's budget to invest in a tripod.

Step Brothers (July 25): Even if I didn't already know from Ricky Bobby that the pairing of Will Ferrell and John C. Reilly is comedy gold, I'd still see this based on the bunk bed scene in the trailer. That gets me every time.

Tropic Thunder (August 15): This one's about a group of actors filming a war movie and they get caught in the middle of an actual skirmish. Ben Stiller's lost his luster somewhat, but when he's in stuff that he writes and directs he's usually on his game. Plus it's got a great cast: Robert Downey Jr., Jack Black, Steve Coogan, Nick Nolte, and Tom Cruise.

Star Wars: The Clone Wars (August 15): If this is more like the Cartoon Network series and less like The Phantom Menace, I'll be happy.

Email ThisBlogThis!Share to TwitterShare to FacebookShare to Pinterest
Labels: movies

Apparently there's also a comedy version of The Strangers called Baghead. Who knew paper grocery bags could be so terrifying?

Brown paper bags ARE terrifying...when they are flaming and filled with dog poo.