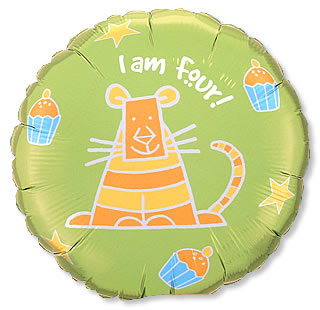 Sorry that I've been pretty lax around these parts this week. Several things have contributed to my absence: the Christmas rush, writer's block, illness, injury, re-evaluating tons of '08 albums, and a general sense of malaise.

One big thing that I've overlooked this month, though, is that on December 2nd this lil' blog turned four!

According to the National Network for Child Care:

"Energetic" and "imaginative" best describe the 4-year-old. Often impatient and silly, they discover humor and spend a great deal of time being silly and telling you "jokes." A 4-year-old's language may range from silly words such as "batty-watty" to profanity. Loud, boisterous laughter may accompany such language.

Email ThisBlogThis!Share to TwitterShare to FacebookShare to Pinterest
Labels: housekeeping

I always forget my blog's birthday, mainly because I have a very definite idea in my mind of when the birthday is, which is wrong. I always seem to be more than a week off.

so does this mean you're finally done sh!tting yourself?

i'm just happy that you stopped throwing inexplicable tantrums sometime within the last year. pretty soon, we can both sit at the big boy table!

Alfie - Hmmm. Maybe you should invest in some string to tie around your finger.

SBN1 - Nope! In fact, I added a new number to my repertoire this year: shitting and crying.

jasdye - Until I knock over my drink one too many times. Then it's back to the kiddie table.