20 reasons to live for yet another year 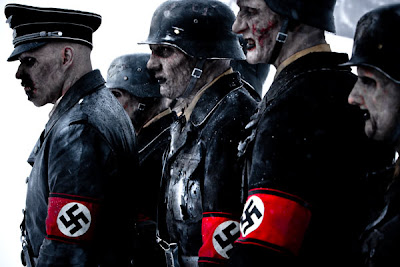 Okay, let's stop dwelling on 2008 and look ahead to 2009. The following things on my pop culture radar are what I'm anticipating most in the coming year.

Video Games
And two reasons to push back your suicide attempt until 2011:

That should keep you entertained for the next 12 months.
Posted by Micah at 10:44 AM

Pegg's in a Trek movie? Hmmm. I thought he was more of a Star Wars fan...after he announced on SIARPC that he wrote a university paper on the film.

I guess he's a part of that rare breed that's a fan of both series. Me, I'm a Star Wars guy.

I must have my George Michael! Come on, Michael... give something back to the franchise that birthed your career, you ungrateful bastard.

Unless there's some scheduling conflict (for a movie that hasn't even been written yet), I don't see why he wouldn't do it. But he seems to be the biggest star from that cast nowadays and maybe he's adopted a diva attitude to match.

Speaking of giving back to what made you famous, Bruce Willis wants to do a "Moonlighting" TV movie. Serioulsy. That's pretty cool of him. I like it when our betters (i.e. celebrities) remember where they came from.