And Matt Damon could be Higgins 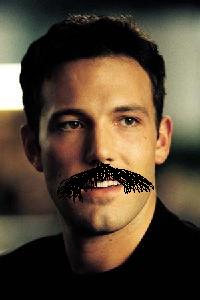 Rumor has it that the producers of the "Magnum, PI" film remake want to cast Ben Affleck in the title role. Uh, no. Hey, I dig B-Fleck (he was the bomb in Phantoms, yo), but I think he's all wrong for the part. I don't care if he's thought of as "too old", there's only one Magnum: Tom Selleck. Personally, I think all of these movie updates should be scrapped, as more often than not they turn out to be craptacular.
Posted by Micah at 7:35 PM

And one more for good measure.

but, wait, i don't care about magnum p.i.

let's go back in time, eh?
baffleck as daredevil?

i hear they're looking to make matt damon as the young capt. kirk.

i just can't see it. not that i'm a trek nerd or anything.

(i always thought matt damon was a bit of a streisand, but looking at this, he can kick some a**)

Daredevil was just a bad idea in general I think.

well, although i may not be a trek nerd, per se, i am a recovering comic book nerd. more or less.

personally, i think they should scrap any remakes not involving micheal knight and KIT.

What I want to know is, why can't Tom Selleck do it?

As a fan of the comic, Daredevil wasn't that bad, although I hear that the director's cut DVD (which I haven't seen) makes it better.

As for Selleck, I figure he's spreading out his "Magnum" royalties and rolling around nude in 'em. That's what I'd do to keep busy.

Right now, since he ain't gonna be the new Fletch, Jason Lee should be the new Magnum. Hell, he's proven he can rock the 'stache.