Crush of the Week: Katherine Heigl

This week's Crush is actress Katherine Heigl. Although she's on some hit TV show that I don't watch, I know her from a movie that I saw recently - The Ringer. She's quite shapely. 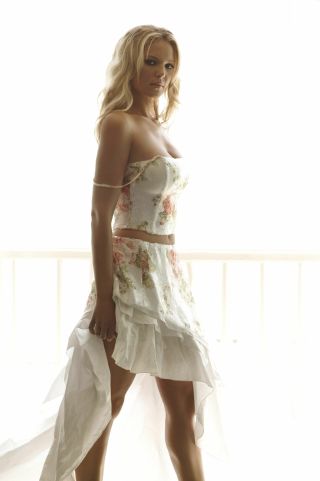 As for The Ringer, it was...retarded (rimshot!). Given that the film had the blessing of the Special Olympics, it wasn't as "wrong" as the episode of "South Park" that shares a similar premise. But it also wasn't half as funny.
Posted by Micah at 3:01 PM

Please to be renting/downloading/stealing/somehow peeping her flick "100 Girls". You will never look at foosball again.

Thank you HBO, HBO2, and HBOWest for bringing this movie to our collective attentions.

Hmmmmm...I'll have to check that movie out. Thanks for the heads-up.

Good choice. I'm ashamed to admit I've watched a few episodes of that lame hit TV show, and I must say that SHE should be the star of the show...not that other troll.

I don't even know what that "troll" looks like. But I was thinking - for your sake, they should make a show about hot veterinarians.

dude, I would hit that with a vengeance. do you hear me? A VENGEANCE! needless to say, excellent choice.