Scientologists have no sense of humor (part 874) 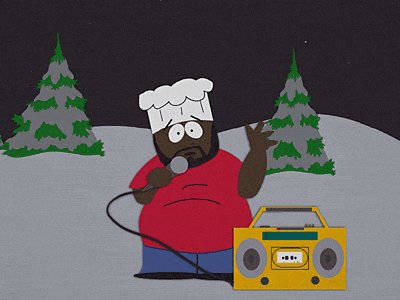 After voicing the character of Chef since 1997, Isaac Hayes has quit "South Park": "There is a place in this world for satire, but there is a time when satire ends and intolerance and bigotry towards religious beliefs of others begins."

Sure. Since day one the show has derived much of its humor from poking fun at Christians (Catholics, born agains, etc.), Jews, Mormons, Muslims, Hindus, Shintos, etc. Just a coincidence that Hayes - a Scientologist - pulls out after they do an episode about his "church"?

"South Park" co-creator Matt Stone: "This has nothing to do with intolerance and bigotry and everything to do with the fact that Isaac Hayes is a Scientologist and that we recently featured Scientology in an episode of 'South Park.' In ten years and over 150 episodes of 'South Park,' Isaac never had a problem with the show making fun of Christians, Muslims, Mormons and Jews. He got a sudden case of religious sensitivity when it was his religion featured on the show. To bring the civil rights struggle into this is just a non-sequiter. Of course we will release Isaac from his contract and we wish him well."

In a classic F.U., Comedy Central is running said episode this Wednesday night. I'm going to miss his chocolate salty balls.
Posted by Micah at 11:16 PM

Isaac Hayes is a Scientololologist?

(there's too many cheesy jokes here to let this thread die a low count.)

Hey, he's a complicated man and no one understands him but his woman.

Then we can dig it.

I'm trying to imagine his reasoning.

"I don't like people making fun of my religion. So I'm going to quit my kickass job and whine that they shouldn't make fun of religion, even though I gladly make fun of other people's. Yeah, that'll make the mockery stop."

I wonder if it's something in the water they have their suckers -- er, members -- drink.

heck, i was just watching the Super Best Friends episode last night/early morning (what in the world was i doing up that late?). if ANYTHING sounds like scientology to me, it's [David] Blainesology.

why didn't he complain then?

that dude is a baaaaaaaad motha'...

I'm curious as to how Chef will be written out of the show (if he is). Also, I'd love to see Matt and Trey totally rip into him.

But it's not like Chef has been a major player on "South Park" for a while. I can't remember the last episode he was featured in, even briefly.

I hope Jason Lee keeps his Scientology thing quiet (yeah, I was crestfallen when I first heard about it). "My Name Is Earl" is such a great show that it'd be a shame if he ruined it by going all Tom Cruise kooky.

I know how you feel. I've loved the guy since Mallrats.

It's kinda like finding out the hot chick is wearing a padded bra. Or the dude's stuffing his trousers, in your case.