Crush of the Week: Tiffani Thiessen

This week's Crush is actress Tiffani Thiessen. I've had a thing for her since she was Kelly Kapowski on "Saved By The Bell". 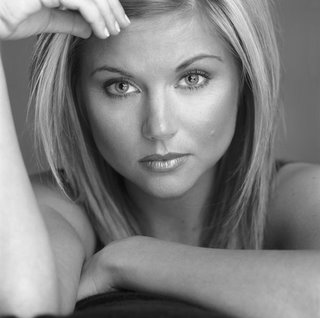 I also dug her when she was on "Two Guys and a Girl" (hey, I liked that show). Anyway, she recently creeped back into my conscience because she was in some music video playing at my gym recently.

(In the spirit of Mardi Gras, this week's Crushes were going to be some notable debutantes, but I didn't really know where to look.)
Posted by Micah at 8:32 PM

nice work. I'd hit that.

Yeah. To increase my chances, I even dropped the "Amber" from her name like she did.

Of course, she's married, so I have that challenge ahead of me.

Sorry, dude. Got your message late. In spite of that, I wouldn't have been able to help anyway.

Besides, this is a better choice IMO.

That's okay. Don't say that I never deputized you, though.

she has a show on the WB now, i think. it's about surfing or something.

and she was on some lame miami vice rip-off on fox a couple years ago, if i remember correctly.

and some tv movie on cbs a couple days ago.

i say this because i've found that whenever i channel surf and see her, as much as i wanna stay, i avert my eyes. she has a proven track record for horrible tv (sans 'sbtb'), and it's just that bad.

Naw, man. Her beauty transcends bad TV (of which she's done her fair share, as you correctly pointed out).

But if you must avert your gaze of the boob tube, Google the pictures of her wearing a sheer shirt. Yowza.

i'd rather google pics of my girlfriend.